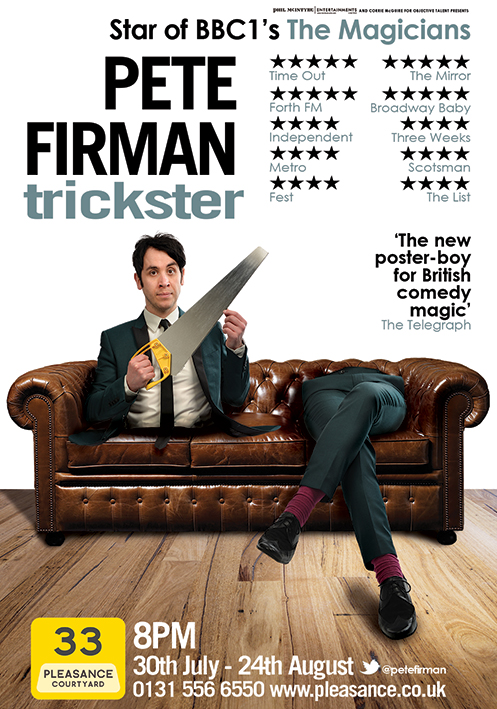 Pete will be touring his brand new show ‘Trickster’ in 2014. The show will premiere at the Edinburgh Fringe Festival in August and then travel around the UK from September.

All dates and booking information is here.

After sell-out performances on his 2013 tour ‘the UK’s leading comedy magician’ (Time Out) hits the road again with his astonishing new show.

The star of BBC1’s ‘The Magicians’ and special guest on countless other TV shows, which recently include BBC2’s ‘The Sarah Millican Television Programme’, BBC1’s ‘Celebrity Mastermind’ and Channel 4’s ‘Comedy Mash-Up’.

Expect Pete’s trademark blend of crowd-pleasing comedy and jaw-dropping magic. This is a show not to be missed!

“Impressive, well-executed illusions delivered with the same speed and lightness of touch as his surgically-precise one-liners” The List

“The new poster-boy for British comedy magic” The Telegraph

“The best magic tricks in the Universe” – The Independent