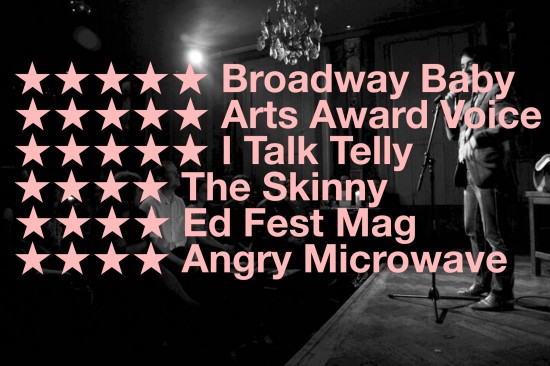 Pete has just completed his 9th Edinburgh Fringe Festival. His sold out show played to thousands of Fringe goers over the 25 performances and was well received by audiences and critics alike.

“Pete Firman: Super Duper is a brilliant magical performance that will guarantee you an amazing night of bewildering illusions and breathless laughter.” – Broadway Baby

“…awe inspiring magic tricks that take place over the hour: as they are skilfully executed, the audience sit in suspense and display visible shock.” – Ed Fest Mag

“He had me all the way through the show with my jaw wide open, and the hour flew by.” – I Talk Telly

“As masters of comedy magic go, look no further than Pete Firman…A slick and loveable performer, with an hour of exceptional tricks that just zips by.” – The Skinny

“Not only were his tricks awesome but also so was his stage presence, he commanded the sold-out show with wonder.” – Arts Award Voice

Over the course of the Festival Pete appeared on BBC Radio 2’s ‘Arts Show’, STV’s ‘Edinburgh Festival 2015’ and BBC2’s ‘Sue Perkins’ Big Night Out.’ He also made number 12 on The Independent’s list of the top 50 jokes of the Edinburgh Fringe and was given the ‘thumbs up’ by the one and only Derren Brown.