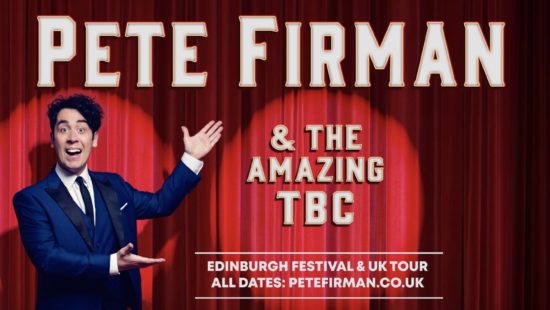 “Aside from being a top rate magician, Pete Firman knows how to work an audience. His patter and crowd interactions makes the gig akin to a comedy night where the MC has taken charge, and take charge he does. For the magic here manages to both astonish and tickle the funny bone simultaneously in a riotous evening of old school showmanship that tips its hat to the greats of old whilst adding his own unique spin.” – British Comedy Guide

★★★★★ – “There are other comedy magicians at the Fringe this year but Firman shows how it should be done in an engaging, fast paced and amusing show that was one of my Fringe highlights.” – Pocketsize Theatre