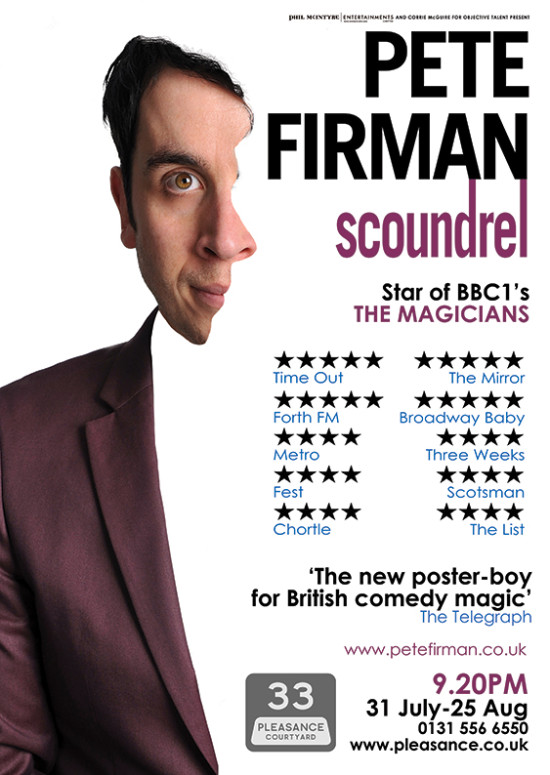 Pete will be returning to the Edinburgh Festival in August 2013 with a BRAND NEW show! Tickets are now on sale here.

Prepare to be amazed and amused as ‘the UK’s leading comedy magician'(Time Out) returns to Edinburgh with an astonishing new show.

Star of BBC1’s The Magicians and recently seen on BBC2’s The Sarah Millican Television Programme and Channel 4’s Mash-Up.

‘The man from Middlesbrough sets the pace for comedy-meets-magic in the 21st century’ (Times).

‘Impressive, well-executed illusions delivered with the same speed and lightness of touch as his surgically-precise one-liners’ (List).