Edinburgh 2010 was another fantastic year for Pete. Not only did he perform to sell-out audiences he also got terrific reviews from the Edinburgh press for his fourth solo show ‘Jokes & Tricks.’ Here are a few samples…
***** The Mirror “Tremendous fun from a performer at the top of his not inconsiderable game.”

**** Edinburgh Festivals Magazine “Firman is as quick with his jokes as he is with his hands. Good solid entertainment.”

**** The National Student “He’s dependable, annoyingly talented and always enjoyable; Pete Firman is one of the best and most bankable magicians working today.”

**** The British Comedy Guide “Worlds apart from the old style cheesy magician…he pulls off being very funny whilst performing a series of very impressive tricks.”

**** Hairline “Each trick is more amazing than the next…Firman easily wins the title of being everyone’s favourite magician.”

If you missed him in Edinburgh you can catch Pete as he tours the country this October in ‘Jokes & Tricks – 2010 Tour.’ 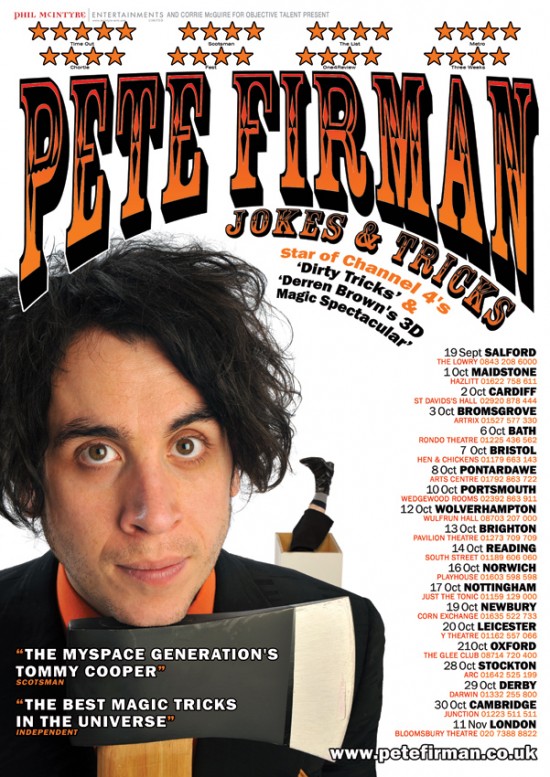